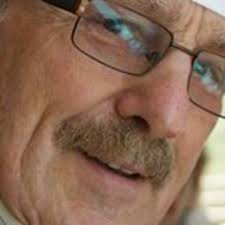 A man I had the misfortune of once working with, a German predatory Freemasonic paedophile called Lutz Bahr is committing acts of child abuse with the full knowledge of the local Turkish police authorities, school staff and school management at East Mediterranean doğa koleji where he has been working for almost 20 years.

I worked with him at East Mediterranean Koleji, now called Magusa Doga Koleji, and had no suspicion that he was into abusing children, although I was pretty sure he was a Freemason as he had that affable fakeness which they all wear like a mask.

As I say I had no idea he was a paedophile preying on poor local Turkish children and their families but on one occasion I came into my classroom after Lutz had been holding his 'Architecture club' where he would have his students construct models of buildings out of various materials, and noticed that there was an award certificate which a student had left on the desk which had a prominent Masonic square and compass on it. I also remember a female student, of about 14 years old, was about to tell me something about Lutz and the architecture club, but she quickly stopped herself, as if she remembered that she has to keep a secret and wasn't allowed to tell anyone.

This situation is almost exactly the same as the circumstances of a story I will post at the bottom of the age where a school teacher used his position to establish a secret society in order to abuse children.

I also suspect he was involved in some kind of secret services as I was once having a conversation about the secret services with a colleague in the staff-room and he barked loudly in a threatening way signaling that I should stop the conversation. I thought little of it at the time except that he was possibly just crazy, but in retrospect, after becoming aware of the interplay between Freemasonry, child abuse and various of the world secret services then his behaviour is typical in this field.


After leaving this school at the expiration of my contract my then girlfriend who worked at the affiliated university told me that Lutz Bahr had actually physically abducted a local boy who lived with his family who had moved from the Turkish mainland. The boy was returned some days later and Lutz reportedly paid off the family and as a result they did not to make a formal police complaint.


In addition, a university lecturer had once used his computer at his home and had observed that typing anything into the address bar of his computer brought up various paedophile web addresses evidently containing images of child abuse.

This apparently is his modus operandi, to pay the poor families originating from the Turkish mainland to be allowed to abuse their children.

Other children were reportedly abused by Lutz, always boys it seems, and despite concerned members of staff at the University making official police reports Lutz was never prosecuted or even apparently interpolated by the police.

No doubt as a result of Lutz' Freemasonic membership.

The man is still very much at large in the Famagusta area of North Cyprus and likely continuing his career as serial paedophile. He also runs a local swimming club for children at the school and drives around the island in a large white transit van. No doubt for conveniently bundling stray children into, who have the misfortune to cross his path.

I mentioned what my girlfriend had told me to another staff member at the school and it appears most of the staff actually know what he gets up to, but for some reason nobody seems willing or able to do anything about it.

Again, local police, the Turkish school authorities in Turkey and North Cyprus were all informed. Several members of staff went to the police with their concerns several years ago. Nothing has been done. This web page is the only means I can think of to raise awareness of this disgusting piece of Freemasonic paedophile filth.

As a teacher I have a duty of care over young people and a legal responsibility to say something if I know something.

I am sickened and saddened that many other members of staff and colleagues of Mr Lutz Bahr know exactly what this man is yet feel no such professional or moral obligation to do the same.

Hopefully one day justice will catch up with this wretched man one way or another.

A 41-year-old former Bible teacher who sexually assaulted two teenage students after luring them through a 'secret society' based on the occult, Christianity and Freemasonry has been sentenced to 12 years jail.

According to court documents, the 'secret society' was revealed in October 2009 when Rosseau tried to recruit a third girl into the group.  But when she balked at the offer and tried to reveal the secret society to students at another school, the group's two existing 'members' attacked her.

That's when the girl told authorities that Rosseau was trying to enlist her in the group and accused him of having sex with the other two teens, according to an arrest affidavit.

The girl said the other teens told her that Rosseau had seen both of them nude and also told her 'this was a part of the trust that was needed for the 'order' to operate'. The girl told police Rosseau talked to her for about an hour at Medina Lake vacation home, explaining the 'society' was based on Christianity, the occult, magic and Freemasonry'.

Rosseau told her he was a '38th degree mason, and he needed to add a third person into the 'society'.'  Two weeks later, one of the two members of the group told her parents Rosseau had been sexually assaulting her since January 9. She said the other teen, who refused to talk to police, persuaded her to join the society which was 'geared to help mankind'.
http://www.dailymail.co.uk/news/article-2477120/I-monster-Teacher-sex-underage-female-students-luring-secret-society-based-magic-sentenced-12-years-jail.html
Posted by Truthspoon at 21:02