The Zohar and the Introduction of Forbidden Initiatory Rites.... 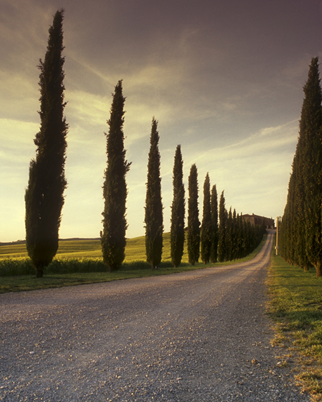 The Kabbalah then is the attempt to justify the backsliding of Israel through semantic tricks and word-play in order to justify many of the things which were specifically forbidden by the Torah, above all of them being initiation into the occult mysteries which the Kabbalah specifically exalts.

There are many chapters of the Zohar which relate the supposed secret initiations of the Hebrew patriarchs, again as we have seen, using the selective use of passages from the Torah to give false justification for the exegesis.

“It is stated, 'He went on his journeys from the south even into Bethel, the place where he had pitched his tent at the beginning'; he progressed and advanced in the divine life so that by the mental and spiritual illumination which he ultimately attained, he became fully initiated into the comprehension and understanding of the mysteries of the Hidden Wisdom and graduated to that degree termed 'teleiaor,' perfection, when it is written, 'And there Abraham called on the name of the Lord' (Gen. XIII. 4) and became a just man made perfect. Blessed are they who attain unto this degree of righteousness, for they become invested with an aureole of light and are jewels in the crown of the Holy One. Blessed are they in this world and in. the world to come. Of these it is written, 'The path of the just is as the shining light that shineth more and more unto the perfect day' (Prov. IV. 18)."

"On observing this general depravation of manners and modes of living, it is written, 'And Abraham went down into Egypt to sojourn there.' Here the question may arise, what was the reason and object of his going down into Egypt? It was because at that time Egypt was a great center of learning, of Theosophy and the science of the Divine Mysteries, and therefore referred to in scripture as 'the garden of the Lord like the land of Egypt.' In it, as in the garden of Eden, of which it is stated, 'From the right of it went forth a river called Pison that encompassed the whole land of Havilah, where there is gold,’ flowed a great mystical river of divine knowledge, very precious and unobtainable elsewhere. Abraham having entered into the garden of Eden and become an adept in the secret doctrine, desirous of passing through all its grades on two the higher mysteries in order to become 'teloios' or perfect, went down into Egypt where there was gold, or the Hidden Wisdom."

So, the implication is clear that the prohibition of initiatory or transformative rites of the pagans which are continually rebuked in the Torah are now reversed and such rites are specifically encouraged, indeed, such is the whole purpose of the Kabbalah.
The very fact of initiation is something forbidden in the earliest Greek translation of the Hebrew Bible the Septuagint. The name Septuagint comes from the story that Ptolemy II the Greek Pharoah of Egypt of the 3rd century BC who asked for a translation of the Torah from Hebrew to Greek to be included in the Library of Alexandria by 72 Jewish Elders.

“Thou shalt not bring the hire of a harlot, or the wages of a dog, into the house of Jehovah thy God for any vow: for even both these are an abomination unto Jehovah thy God.”
The wages of a dog is also translated as “male prostitute's payment” and this is because this was associated with the mysteries of Anubis, hence the Septuagint’s reference to ‘initiation’.

With this is mind are we to assume that the biggest secret of secret society initiation is the homosexual sex act?
And it is this force which now rules the world today through the proxy of Freemasonry which it infiltrated via Rosicrucianism and the general Alchemical sciences transmitted by those Kabbalistic Jews to the idealistic and perhaps well-meaning Christians to infect the West.

The Kabbalah uses the interpretation of letters to imbue new meanings in order to completely rewrite the fundamental parts of the Torah and it does this in order to justify its own initiatory system of mysticism. In the Zohar the Biblical phrase “Let us make man” is taken and the word Man or ‘Adam’ is analysed thus:

“…known to the angels the mystery and occult signification of the word Adam (man), the letters of which indicate his relation to both worlds, the seen and unseen, the known and unknown. By the letter M which is written as a final or closed mem, is found thus contrary to rule in the word lemarbeh, occuring in the verse, 'Of the increase of his government' (Is. ix. 7). Man is connected with the higher world, whilst daleth or the letter D, closed on the west side, indicates his relation to the lower and sensible world. The principles of which these letters are the symbols ultimated in their manifestation on the phenomenal plane of existence and the production of a blended and harmonious whole, viz., of man in the form of male and female until the Lord God caused a deep sleep to fall upon him (Gen. ii. 21). The Holy One then separated them and having clothed the latter in a form most fair and beautiful brought her to man, as a bride is adorned and led to the bridegroom. Scripture states that He took one of the sides or parts (of the androgynous form) and filled up the place with flesh in its stead. In a very ancient occult book we have found it stated that what God took from the side of Adam was not a rib but Lilith, who had cohabited with him and given birth to offspring. She was however an unsuitable helpmeet for Adam and therefore Scripture states, 'But for Adam there was not found a helpmeet for him' (Gen. ii. 20). After the disappearance of Lilith and Adam's descent into the world plane of existence, then it was, as stated, 'The Lord God said, It is not good that man should be alone, I will make him a helpmeet for him.'"

So here the Kabbalah is saying that Adam, or Man originally cohabited with Lilith and the Lilith was Adam’s first wife and she subsequently became a demon which persecutes children:
“She dwelled there until Adam and his wife sinned. Then the blessed Holy One plucked her form there, and she rules over all those children – small faces of humanity – who deserve to be punished for the sins of their fathers….She toys with them and kills them. This happens in the waning of the moon, whose light diminishes; this is me’orot (lights) deficient.”

According to Kabbalistic analysis of the passage above this means that God released the spirit of Lilith specifically to punish and murder children. From this belief one can see how ritual child sacrifice has come into being and we can see how the Zohar has given rise to modern Satanic ‘theology’ and practice and I wonder whether child sacrifices are carried out to this day when the moon’s light wanes. If so they would be being carried out according to Jewish scripture. According to the Zohar Lilith was created by mixing the perfect light of Jahweh with the imperfect light of Samael.

Israel is often described as a prostitute in the Old Testament, an epithet God applies to Israel more than any other in the whole of the Old Testament. God also accuses Israel of adultery 40 times in scripture. The children of Israel frequently departed from the worship of the one God and into Ba’al worship, trafficking with demons and all kinds of immorality. Nothing has changed.

Posted by Truthspoon at 18:19 No comments: