Crowley and the Golden Dawn. 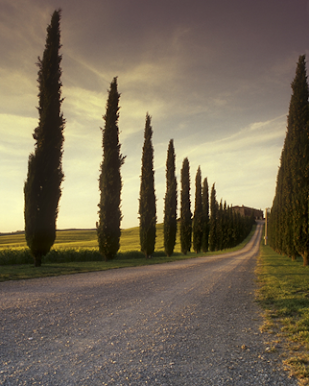 Beyond Crowley’s sordid self-serving sexual agenda, he reveals the same hidden purpose which we have seen exposed time and time again in this work, through the centuries, whether of the UFO contact cults, or Revolutionary agents and assassins or mystical Scientific societies of the middle-ages, Crowley writes:

“There are many magical teachers but in recorded history we have scarcely had a dozen Magi in the technical sense of the word. They may be recognized by the fact that their message may be formulated as a single word, which word must be such that it overturns all existing beliefs and codes.”

Crowley, the Rosicrucians, the Italian bankers and their change agents, the French and the Russian revolutionaries, the UFO cults, all controlled by the same force throughout time and space all dedicated to one theme: ‘overturning all existing beliefs’. We now live in the world where their programme is about to achieve its final goals bereft of the idealism which would have sustained those meddling and wrong-headed do-gooders of the past.

I found this quote during my research though I have forgotten the attribution and the internet search results being now so strictly filtered it is presently impossible for me to find out, but it perfectly encapsulates what has happened to the world and how everything has been subverted from within by the secret societies enacting this millennial old agenda, emerging slowly in the mediaeval period, informed by and secretly perpetuating Jewish mysticism amongst the elite of the West:

Although Crowley was no doubt a most unpleasant man obsessed with his own pleasure at any cost, even to the lives and sanity of others, by sexualising the Kabbalah he was only exaggerating what was already implicit in the original texts. The fundamental problem with the Kabbalah is that it is obsessed with male and female forces and sees these as spiritual forces rather than merely physical ones. I suppose it is a matter of opinion but I do not see the spiritual world as having any gender. It ought to be evident that gender is a requirement of physical procreation in the physical world and can serve no purpose once physicality ends in the spiritual world. But according to the Kabbalah it persists and is primordial, emerging from the very point of contact from the great Ain Soph to the Kether. With the third Sefira Binah as being the ‘reflection’ of God, that is God seeing itself, then Binah is receptive and hence a feminine principle and is known in Kabbalah as the ‘mother’ archetype. Confusingly however each successive Sefira has an androgynous nature of both receiving and transmitting, receiving being a supposedly feminine principle and transmitting being a masculine one.

The opening tractate of the Zohar is entitled The Rose and it could possibly be the true origin of the term Rosicrucian. In the Zohar the rose is revealed to be a symbol for Israel, would this make Rosicrucianism, that is, the rose and cross the first society of Christian Zionism? This analysis would make perfect sense.

In the Zohar the masculine energies Chokmah (wisdom) impregnated Binah (understanding) with light to produce Tiferet or Beauty. To the Kabbalist the spiritual realm seems to be held together with constant repetitions of sexual energies, it is hardly any wonder then that we hear rumours of Freemasonry being little more than a cleverly disguised cult of the phallus in the style of the ancient Egyptian fertility mystery schools such as the allegory of the search for the poor Osiris’ lost penis.

“Hokhmah is the “sperm” that will impregnate Binah (Understanding) as the first step in the Creative process.”

“..it is the means by which Tiferet, the male principle of the Divine, impregnates Shekhinah or Malkhut, the female embodiment of the Divine. Yesod is the way in which Divine Creativity and Fertility are visited upon all creation. Yesod is associated with the phallus…”

The other danger is the insistence of the Zohar of literally embodying the fundamental spiritual powers of God in the human body. In the Zohar this is called the Microprospus or Damuth Adam, the primordial man, and might be more familiar as the pentagram which in reality is a stylised representation of the human body. So the various Sefirot are said to manifest at different points in or near the human body. I wonder if you can see where this is heading? The problem is that again, sex does not seem to be something merely physical but also primordial, in this belief system then, one can justify all kinds of sexual rites in the delusion that these are spiritual forces and therefore they escape any kind of ideas of modesty or morality, and these are precisely the errors the Ancient World fell into. Where the Gods of the Ancient World were merely expressions of man’s own nature, it was at least to Judaism’s credit that they insisted that God created Man in his own image and not the other way around. But the Kabbalah precisely does that, it takes the physical world and all its desires, emotions and polarities and thrusts them into the spiritual domain, up to the very highest levels until it reaches Ain Soph and ends in nothingness.

Master Mason and Rosicrucian, Samuel Liddell MacGregor Mathers who co-founded the Golden Dawn along with William Westcott also authored a translation of some of the tracts of the Zohar which he translated from the Latin version of Christian Knorr von Rosenroth.

In his ‘Confessions’ Aleister Crowley wrote of the decline of the Golden Dawn and of Mathers himself and makes an intriguing allusion:

“…Mathers, of course, carried on; but he had fallen. The Secret Chiefs cast him off; he fell into deplorable abjection; even his scholarship deserted him. He published nothing new and lived in sodden intoxication till death put an end to his long misery."

According to one-time personal secretary to Aleister Crowley and populariser of the occult in the 1960’s Israel Regardie, the Kabbalah was handed down to Adam after the fall of Man and the expulsion from the Garden of Eden.

Regardie is particularly scathing of religions, however he claims that Kabbalah does not belong to any religious traditions, and also has a soft-spot for Witchcraft. In his book he mentions Crowley, for whom he has ‘a tremendous respect’ unfortunately this respect would not last once Crowley accused Regardie of ‘pure theft’ when he edited a 4 volume work on The Golden Dawn and in a bitter feud revealed to the world that Regardie had once visited a prostitute in France and contracted gonorrhoea, neglecting to mention that it was Crowley who had ordered him to visit the prostitute in order to lose his virginity and overcome his inhibitions.

Although Crowley in his Confessions depicts Mathers as the true source of spiritual contact between Crowley and the entities he served:

"As far as I was concerned, Mathers was my only link with the Secret Chiefs to whom I was pledged. I wrote to him offering to place myself and my fortune unreservedly at his disposal; if that meant giving up the Abra-Melin Operation for the present, all right."

Mathers it seemed was in full psychic contact with various spiritual entities; Crowley reports how he would play chess against pagan Gods, the moves apparently being communicated to him and the ‘opponents’ pieces he would move on their behalf. One could still ascribe this to an over-active imagination I suppose, but is it likely that merely an overactive imagination is enough to influence the world on such a phenomenal cross-cultural and global scale, taking control of the highest echelons of the ruling secret societies and being the hidden hand behind the façade of our society?

A similar end awaited Crowley himself whose last words were reported to have been either: "I am perplexed, Satan get out!" or "Sometimes I hate myself" but Crowley’s reference to ‘Secret Chiefs’ having deserted Mathers is intriguing and possibly hints at some kind of ongoing psychic contact with a disembodied spiritual force.

In her book about occult societies Talking to Gods Susan Johnston Graf states that The Golden Dawn was:  “…the most important and influential Western organisation of its kind”. She gives a good summary of the general purpose and aim of the group: