Bowie Still Dead! What Now for the Future of Humanity?

Governments around the world have convened top secret meetings in order to find a response to the growing feeling of hopelessness which the death of David Bowie has caused to grief stricken culture fools everywhere.

People have been reportedly failing to turn up at work and calling in sick with Bowie-Blues. Some have been phoning into drive-time radio shows asking Simon Mayo 'what's it all about? You're a Christian TELL ME' then crying and telling Simon that they miss Bowie. One caller said 'Things made sense with Bowie here. Now we're all stuck with Lady Gaga.'

Pushing through the market square, our reporter noticed that there were so many mothers sighing. One man we spoke to immediately told us how sad he was about Bowie's death, he cried so much his face was wet, then I knew he was not lying. Meanwhile in America Bowie man Michael Paul Weiand burned down his own house in grief, four days before Bowie even died, such was the uncanny prescience of his despair. 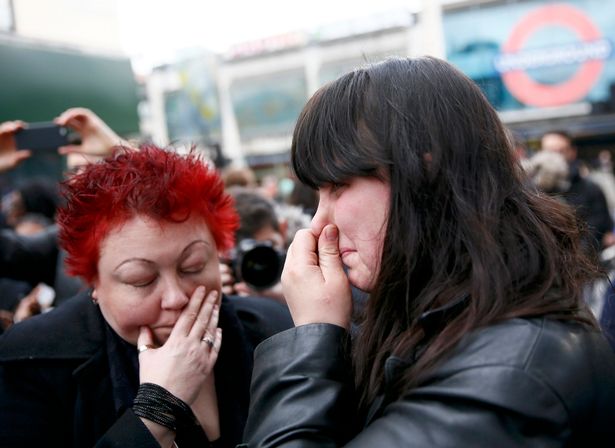 Two people who must now bravely seek for new meaning for their lives, in the post-Bowie wasteland.

The situation was exacerbated by Bowie's howling scream of wild undignified terror at his impending death, which he recorded and released as the album Back-Stair.

Upon exposure to the material people have reportedly immediately started to feel unwell and confused. One lady, a Bowie fan from Scunthorpe went to her Doctor suffering from heart palpitations and nervous diarrhea, and after a stool sample came back clean, other triggers of possible allergens where investigated until it was discovered that the attack was triggered every time she tried to sit down and watch the video for Lazarus on Youtube. 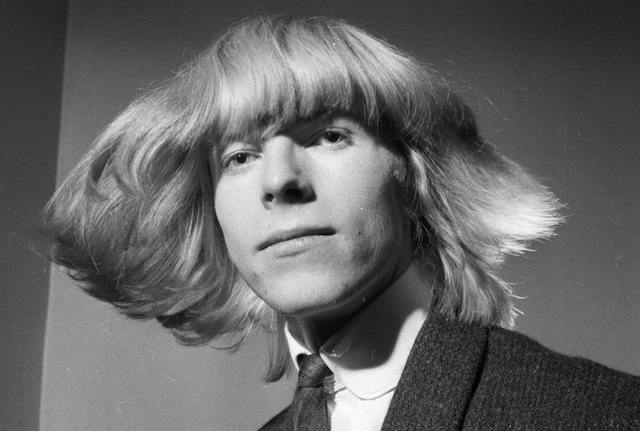 A once normal David Jones in urgent need of some styling.

Bowie was once a normal human being called David Jones who had spots and a bad haircut. David's greatest dream was to be spot-free and be liked by girls and boys, and by good fortune he met a vampire of the ancient bloodline Black Nobility Count Tony Visconti who had been summoned from the infernal realms of New York where he had been living as an Illuminati Vampire since the 18th century, to help spotty young people become sexy but confused pop-star servants of Satan. 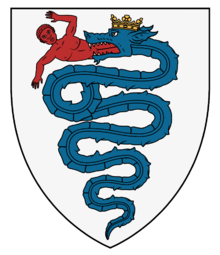 Tony Visconti had also helped Bowie's friend Marc Bolan to lose his spots and also be attractive to boys and girls, but Bolan's lease on the magickal OTO high-life was cut short by a dopey girlfriend who couldn't drive, and a tree which didn't like him.

After a long and fruitful working relationship which spanned the decades, Visconti had visited Bowie and was surprised to see that Bowie was bald and had no eyebrows, initially Visconti was delighted thinking it was a new character, a cross between Ziggy Stardust and the Man who Fell to Earth, then Bowie revealed that he had been undergoing chemotherapy for treatment of a secret cancer and Visconti felt a bit silly for a moment, then he initiated Bowie into the final mystery of Black Nobility OTO Vampires and it was this mystery which led Bowie to write the howling desolate dirge of Back Stair.

Bowie was also famous for his promotion of drugs, sometimes appearing on TV blasted out of his box. The country of Columbia held a day of national mourning for a hero of the Columbian people whose cocaine habit single-handedly fueled the growth in Columbia's economy throughout the 70's and 80's. The people of Columbia owned shares in David Bowie, since he was obliged to incorporate himself as a limited company and sell shares of himself in order to pay for his cocaine habit, and they recently received what is to be their final dividend.


Bowie quit Cocaine in the 80's because he complained that his head no longer worked properly and this led to the economy of Colombia entering a period of sustained stagnation and recession but also the freeing up of vast CIA resources which had previously been fully engaged in keeping Bowie stocked with vast quantities of the drug.

At one point the construction of a vast pan-American cocaine pipeline blowing a constant stream of Lady Stardust directly into Bowie's LA home, had been mooted, but Bowie decided to move out of LA to move to Berlin and become a smack Nazi.

The CIA became alarmed that Bowie had left the United States, and sought desperately for a way to stay friends with him, and discovering Bowie's new penchant for heroin the CIA decided to covertly create a Muslim terrorist organisation called The Mujahideen, which would allow them to control the poppy fields of Afghanistan, and thus keep Bowie and his druggy friends in happy land.

Bowie's surprise sudden departure from 3rd density Earth comes after reportedly losing a battle with a super sneaky cheeky secret cancer which some celebrity OTO insiders believe may have entered Bowie's body some time in the 70's when arch-mortal-enemy Jimmy Page reportedly sent a secret army of underage virgin hippy girls to sleep with Bowie and try to steal his smoked cigarette butts. 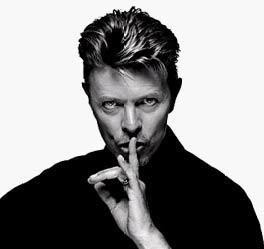 Bowie slept with the girls losing count of how many he got through, but always kept count of how many cigarettes he smoked, and late into the night he would consult a detailed ledger which he would assiduously spend hours in the early morning keeping up to date, counting out the thousands of numbered fag-butts and matching them up with the records in the book.

Due to Bowie's fanatical fear of psychic attack and his cigarette butts falling into the wrong hands, it is not thought that he caught the cancer from the action of astral magic on a lost cigarette butt, though it is quite possible that Bowie may have unknowingly ingested magickally cursed Cocaine.

Bowie lost his cancer battle due to a series of unfortunate events. Bowie's lease deal with the OTO was reportedly up for renewal, assuring him at least another 20 chic and quietly stylish years, as per the infernal contract. However Aleister Crowley's Boleskine mansion was burned down to the ground by the Black Arts division of The Mormons leaving Crowley unavailable for contact and unable to intercede between Bowie and the great demon Satan who really wasn't much of a Bowie fan anyway, preferring by far, the more accessible singalong sound of Ray Davies and The Kinks who are still going strong.